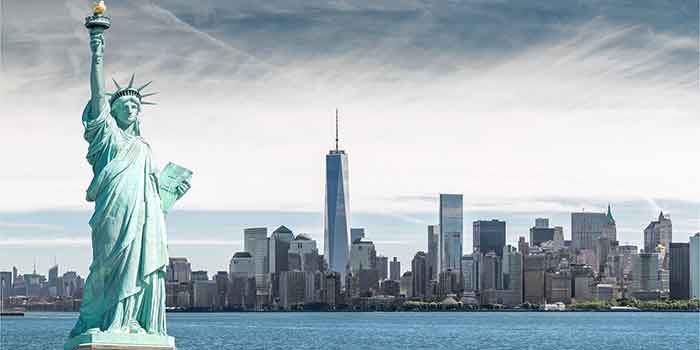 A week ago, the New York Senate Committee voted in favor of advancing an online and mobile sports betting bill. As it stands, the state has only legalized retail-only sports betting for the upstate and commercial tribal casinos – its brick-and-mortar sportsbooks are yet to open. With the bill now headed to the Senate Finance Committee, there is a chance that New Yorkers may soon be able to have access to expanded sports betting options.

There is still a lot to be done though. According to the bill’s sponsor, there are a number of changes that the legislation will go through before it is signed into law. This process will be the most tedious one for the proponents of the bill as they have to find ways of handling certain concerns.  For instance, they will have to extensively consult with Governor Andrew Cuomo who has previously expressed some constitution concerns with the expansion of gambling under the legislation. Since he will have the final say when the law is presented to him in order to be signed into law, the lawmakers who are responsible for the bill will have to make sure that all of his concerns are addressed.

As the proponents of the legislation continue to ponder of the changes that have to be made, yet another challenge has popped up. This came in the form of supposed opposition to certain types of wagering types by three National Football League (NFL) teams.  In a letter that was written by the NFL and signed by several NFL football teams and addressed to the New York gambling regulators, the teams (the New York Giants, the New York Jets, and the Buffalo Bills) expressed some of the concerns with regards to the future of the industry.

Once again, the issue of integrity fees has come up with the letter outlining some of the reasons the teams think make it plausible for the introduction of integrity fees on sports wagers. This is despite the fact that “integrity” has always been a vital component of the policies of all of the professional sports leagues.

“While we respect the Court’s ruling, the absence of clear and enforceable legal standards for sports betting threatens the integrity of our nation’s professional and amateur sporting contests. There is no greater priority for the NFL than protecting the integrity of our sport and the welfare of our players,” reads a section of the letter.

In essence, the National Football League (NFL) wants to convince the state to add a total of four “core standards” to the sports betting legislation – these are: stronger consumer protection; protection of content and intellectual property; fan access to official data; as well as adequate resources, monitoring and enforcement tools necessary for law enforcement to protect the NFL’s fans by eliminating the illegal sports betting marketplace.

Fortunately, New York is just but one of the states that have previously indicated that the inclusion of the so-called “integrity fees” might be a good idea. So, maybe it might actually have a chance this time.